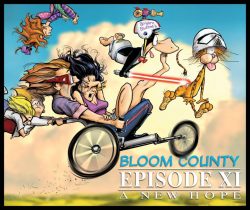 Breathed’s first collection of Bloom County strips in 26 years is a bittersweet and rather odd collection. While fans are delighted he is back, the topic matter that lured Breathed back is unfortunate. Bloom County suddenly burst back into life in the summer of 2015. Almost immediately, Breathed went after the (then) joke presidential contender, Donald Trump. A little over a year later (and at this writing, two weeks before the elections) the jabs and jibes feel more than a bit unsettling. The joke isn’t so funny anymore, despite Breathed’s wonderful storm trooper helmet/Trump wig concoction he puts on Bill the Cat.

Plenty of the comics are dead on and there are plenty that are still enchanting and delightful (though I could do without the new, obnoxiously saccharine character Abby). Opus’s jabs at technology, his “two spaces after a period” party, virtual dandelions and more are familiar and comforting. And the single panel cartoon devoted to the passing of David Bowie made the day just a tiny bit less miserable. Read the book for the laughs but don’t be surprised  when you get just a wee bit verklempt  here and there. 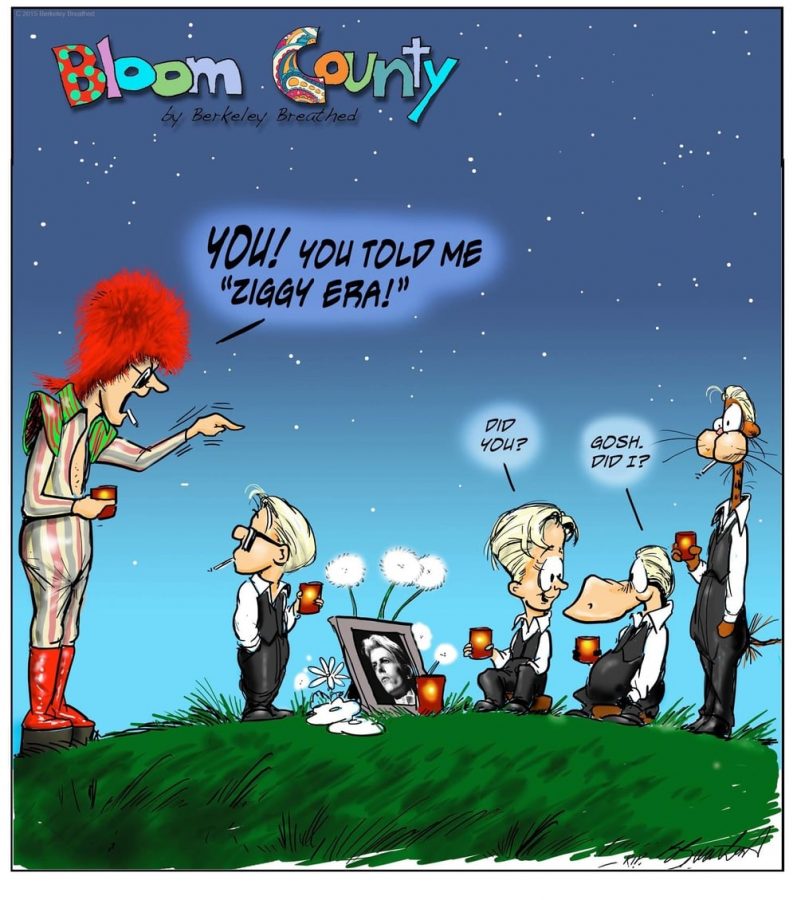