OSS – The Director of Strategic Services 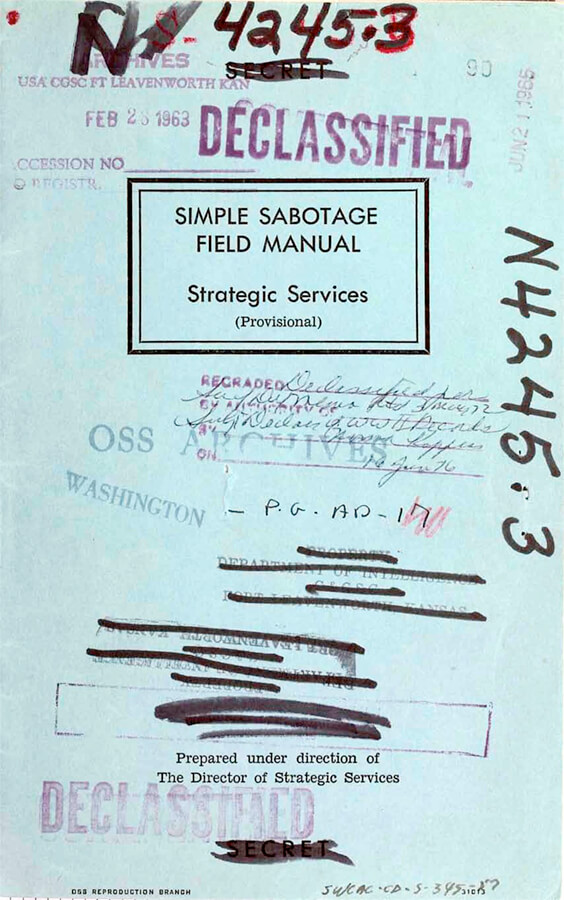 This fascinating little pamphlet was written in 1944 by the Office of Strategic Services (precursor to the FBI), and is filled with basic instructions on slowing and thwarting the enemy. There are no plans for rigging bombs, making poison or stealing state secrets. Instead, the OSS offers a list of slow, insidious, easy, and cheap ways to grind an invader to a halt. From sand in a gas tank, a coin in a light fixture, or a tiny puncture in a fuel line, each of these small actions can bog down and slow even an enormous army. While an invading army does initially need to bring its own supplies, an entrenched and annexation eventually requires the (usually forced) cooperation of the native citizenry. These directions instruct the average person, press-ganged into working for the enemy, small but important ways of fighting back. A fascinating look at the clever ways ordinary people can resist with monkey-wrenching.