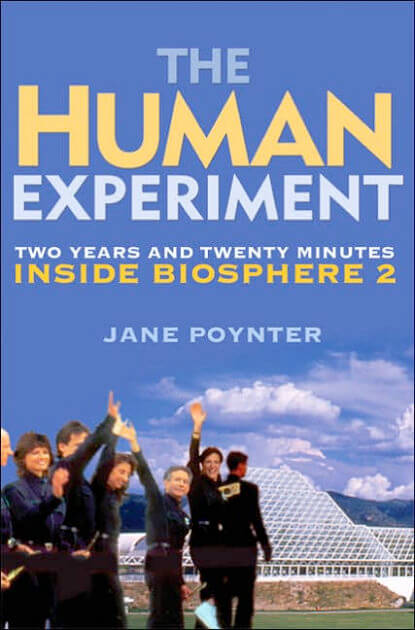 The controversial creation of Biosphere 2 still lives on today. This radical experiment to have eight people live in a sealed environment for two years was the brainchild of ecologist John Allen, and funded by billionaire Ed Bass. Based on ideas from Bucky Fuller, this massive ecological living environment took years to build. Fraught with controversy at every step of the way, there is still debate to this day on whether it was a massive and important science experiment, or a fanciful dog and pony show built by a cult for the media.

Jane Poynter, the author, was one of first eight people to live in the sphere. Involved from the very beginning, she gives an unvarnished account of the project. While the idea of testing how a group of humans would survive in a closed environment, for instance on Mars, has a real and practical application. The science of survival and ecology is fascinating; every aspect is dependent on other the other parts. What no one seemed to pay much attention to is the human component. We aren’t designed to spend years cooped up together with only a few other individuals. Cracks soon appear, factions grow and fights brew over the smallest slight. Poynter’s experience is both a learning experience about the beauty and importance of our natural environment, but was also a pressure cooker of round-the-clock stress dealing with the other residents. An absolutely engrossing read.