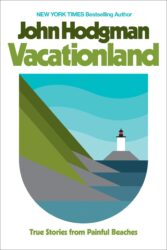 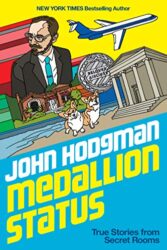 Hodgman is one of those comedians you probably have heard of, but may have a hard time recalling what exactly he was in. He would like to remind you. Which is fine, because John Hodgman is the sort of storyteller that can make the most mundane and awkward experiences hilarious, and the most epic events mundane and awkward. From his obsession with reaching higher levels with his Beloved Airline, filming a nude scene, stalking the Scientology building with David Rees, the strange gifts he receives while doing a standup tour, his love of scrapple, or attempting to fit into rural Maine, everything becomes more amusing and vivid through Hodgman’s view. Two fun and easy collections of very funny essays to offer some much-needed distraction.