“I told my kids that they might have to go to college now. They might actually have to earn their own money…I really don’t understand the financial community, especially when they get all that money from the government. I thought that rescue money…was supposed to be passed on to the common people, or you know, us.” 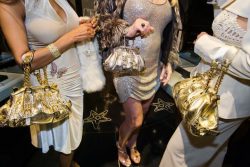 If United States survives the next decade or so, this book will be a benchmark of our times. More likely this collection of photos is our generation’s Decline and Fall of the Roman Empire. It is important, it is grotesque, and it is impossible to look away from.

Greenfield has spent the last few decades photographing wealth and obsession. She has been offered access to the most luxurious and outlandish of lives. She is, in many ways, the photographer of the 1%. 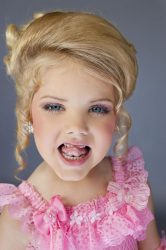 Greenfield’s gaze takes in and records the most garish, greedy and vulgar parts of our society. Here you will find the Honey Boo-Boos of the child beauty pageants in their Vegas stripper costumes, real Vegas strippers, people who have spent every cent they can on plastic surgery, the ladies who lunch with hundred-thousand dollar bags, gluttonously immense mansions, and clubs where those who want to make an impression throw handfuls of money they can ill-afford at strippers. Here are the ghastly, peeling faces post plastic surgery, like survivors of Hiroshima. Here are the skeletal teens weighing themselves in before their approving families. Here, too, are the yachts, the gold teeth, the pool parties and the luxury cars. 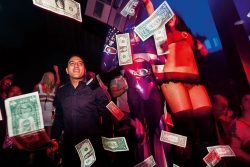 But here also are the foreign nannies who haven’t seen their own children in decades, the empty pools on foreclosed properties, the families left to fend with nothing after the breadwinner goes to jail, and the poor kids splashing out two years of saving on one night of prom.

Greenfield unblinkingly takes in the super-wealthy at their pinnacles and at their depths. She shows the aftermath of their unending greed and affect on the average, working family. Pre- and post-recession are both equally disturbing, in their own ways. 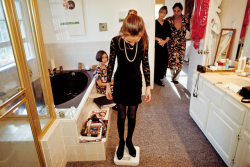 The images themselves are fascinating and the stories and personal biographies that accompany them are gripping. They both entrance and sicken.

This collection is massive, but take it a few pages at a time. Otherwise, it is simply overwhelming. 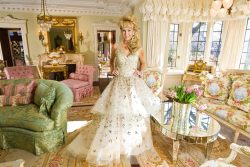