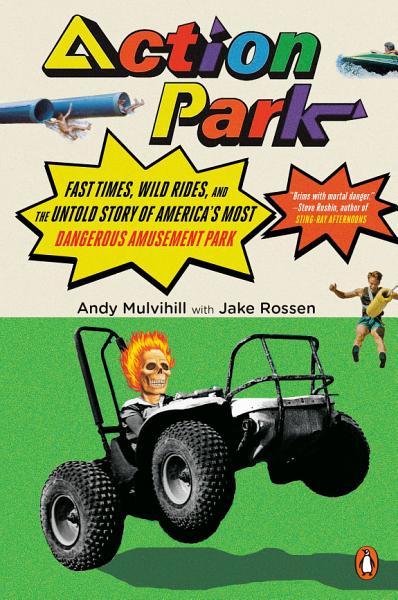 Do you miss the heady early days of the pandemic when we were all watching Tiger King? Well, the story of New Jersey’s Action Park provides the same lurid draw and distraction. Back in the “good old days” before things like safety laws and OSHA, an inspired, wealthy and slightly insane man named Gene Mulvihill decided to add an amusement park to his ski resort. Believing in an almost fanatical level of personal choice, his park was insanely dangerous, poorly planned, staffed mostly by teens and WILDY popular.

Mulvihill, a former bigwig on Wall Street, had no engineering experience whatsoever. But this didn’t stop him from designing rides on napkins and scrap paper, which he then passed on to his ski resort maintenance staff to build. Every year, another dangerous and terrifying ride would be added. Lifeguards made a hundred saves a weekend, the park had to invest in its own ambulance as the town could no longer keep up, and the death toll mounted. But Action Park was not only beloved to New Jersey and New York teens, it was also the biggest employer in the region.

The park grew to encompass a water world with slides so fast riders would lose their suits when they hit the water, an alpine slide that ripped chunks of skin off unsuspecting riders, “go carts” that could reach highway speeds, and little tanks where visitors could shoot each other (and staff) with tennis balls. This crazy, unbridled and wildly dangerous hedonism encouraged the visitors to act violently and uncontrollably. Fights were a common occurrence, non-swimmers nearly drowned daily and a man set the tennis balls on fire in the tank area and shot fiery green missiles all over.

Andy Mulvihill’s book, Action Park, gives a very candid look at his insane years working at the park. He talks about his increasingly worrying father and the park’s finances, along with the stress he and his siblings endured trying to keep the park running. Andy also appears briefly in the HBOMax documentary Class Action Park, which focuses more on non-family staff and  visitor experience. Both are worth the time as they give a more rounded, eye-popping look at this infamous park.