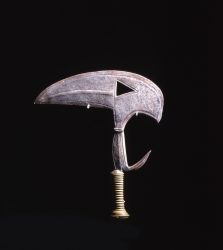 The art of Africa is often an area of extreme ignorance, even to those of us with art degrees. Africa is vast continent with dozens of countries and kingdoms, further divided into thousands of smaller tribal groups, each with their own languages and beliefs. And yet the artwork of an entire continent is often lumped into one small area in art and natural history museums.

John and Dominique de Menil starting collecting African art after the Second World War. Their tastes were varied and eclectic. The eventual size of the collection and the vast number of connections and friends the Menil’s made over the years resulted in The Menil Collection, located in Houston TX. Scroll through their gorgeous collection of pieces and you will start to get a grasp of the breadth, skill and complexity exhibited in African art. 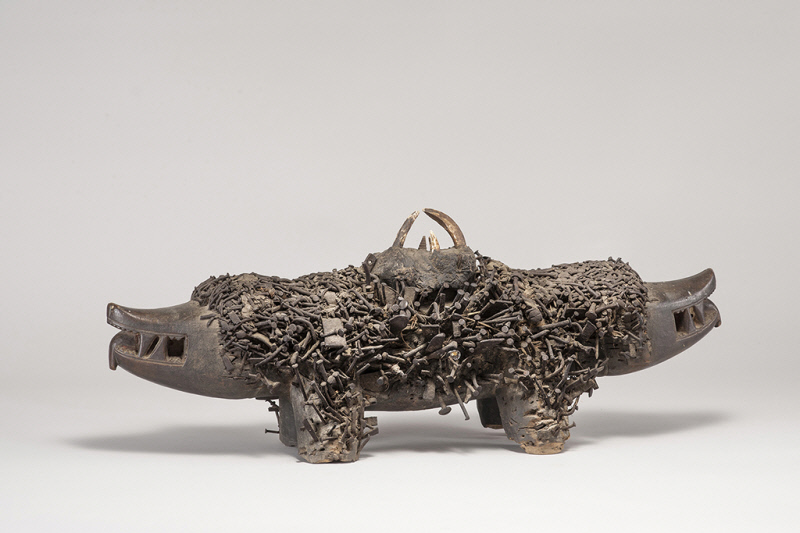 I suspect that many Europeans and Westerners may be put off by some of the pieces, finding them grotesque or scary. But are they any more so than the most common iconography of Western Art – a naked, bleeding man wearing thorns and bleeding on a cross?

Learning to decode the elements of the art makes them far more accessible and “readable.” A dog icon, studded with nails, blades and giant needles, is terrifying at first sight. But to the Congolese people that made the piece, it is a metaphor, studded with puns – a dog to sniff out evil,  nails to nail down issues, blades to cut through problems, and needles to sew what has been rent back together again.

Pieces in the collection run a wide gamut of materials, skills and levels of detail and complexity, from delicate and intricate ceremonial knives to minimalist zoomorphic pieces. This book, with its large and clear photos and excellent descriptions,  is a wonderful starting point to a whole, complex area of art too often ignored.