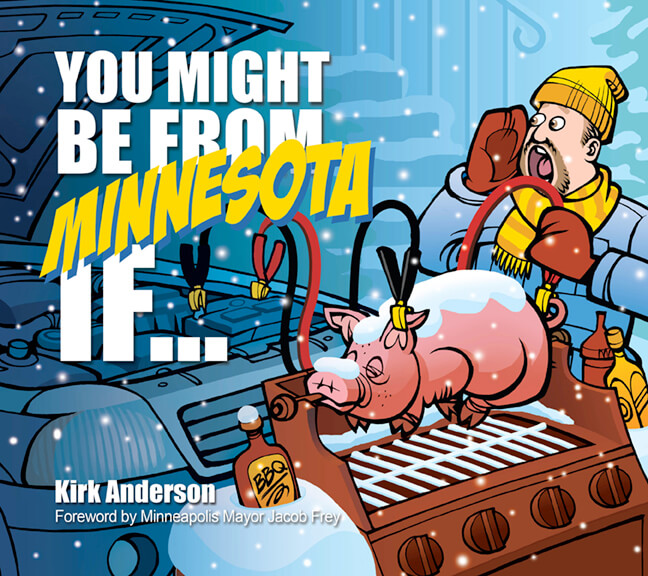 You may be familiar with Anderson’s political cartoons from such notable publications at the NY Times, Washington Post, Forbes and the St. Paul Pioneer Press. Now, Anderson has released his his coup de gras. This scrupulously researched anthropological masterpiece will tell you all you need to know when venturing into the exotic northern lands of Minnesota….eh? A long-time resident of this magical country, and welcomed into their bosom by the natives, Anderson provides keen insight into the Minnesota psyche. Learn about the perseverance at the core Minnesota identity – whether it be for miserable cold, a miserable football team, or miserable foods (lutefisk). And yet, they soldier on with a unique mix of stolid conservative Lutheranism but open-minded willingness to try something new (including electing one of the first Muslim Congresswomen, Ilhan Omar). This book is full of good-natured joshing, plus a few of Anderson’s bitingly accurate political commentaries. A great gift for any Minnesotan or resident of surrounding states.

Full disclosure, the author is an old friend.