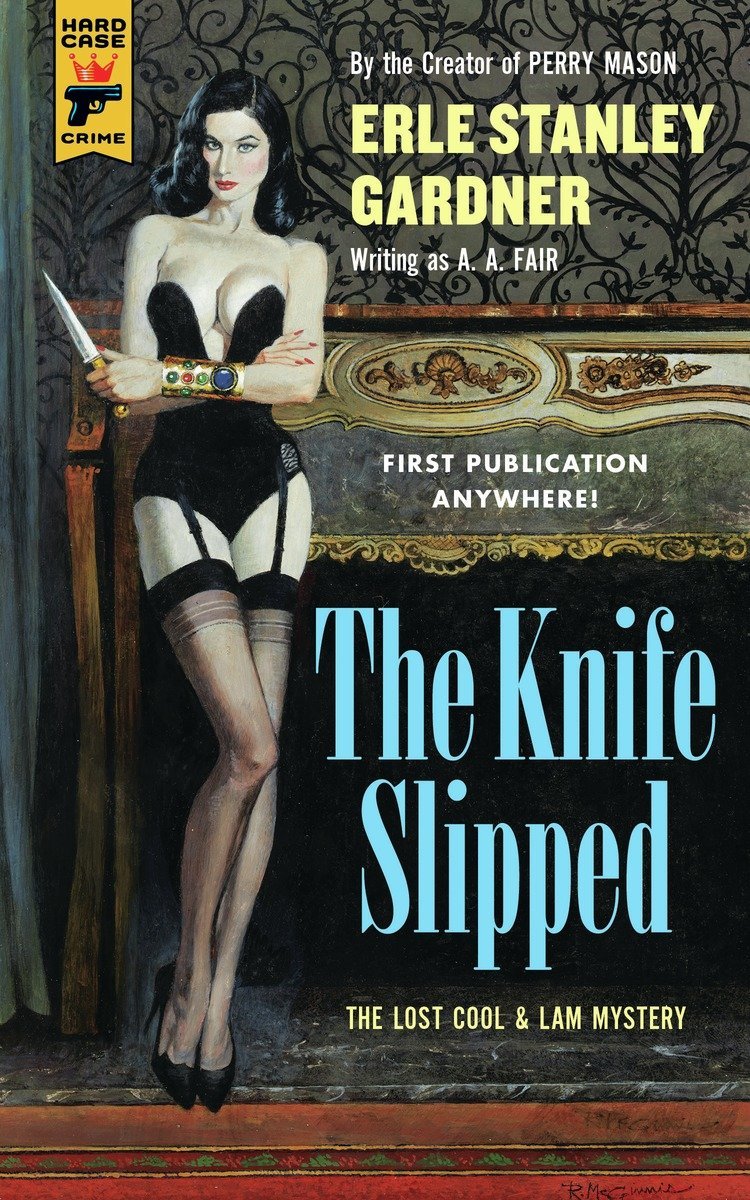 Author Gardner is best known for his long-running Perry Mason series of books, tv shows and movies. But his lesser-known, but equally enjoyable, Cool and Lam series is definitely worth a read. The Knife Slipped is described as a “lost” book, but in reality it was more “buried in a deep pit and covered by heavy stones.”

Why? Detective Bertha Cool was not acceptable for the time. Bertha is the antithesis of the stereotypical female. She is no shrinking violet looking for a big, strong may-un to protect her; Bertha is a force of nature. She is huge physically, described as having 75 pounds on her employee Donald Lam and solid as a wall. She’s loud, swears continually, smokes, is at least twice divorced and has been around every block conceivable. She is the cavalry. Bertha wants to make money, doesn’t take any shit from anyone and demands extra butter and cream in restaurants. Bertha would be horrified and wildly amused to be described as a feminist icon. Or, she would have been, had this book been printed.

However, it is in print now. The plot is Gardner’s usual tight and fast movie detective story. But more than being a good story, it shows Gardner as a shining example of a writer who acknowledges and appreciates big, tough women. While forced to bury this story, he still went to write many more Cool and Lam, with a moderately toned down Bertha.  Good stuff. As an added bonus, the new cover features none other than burlesque star Dita Von Teese