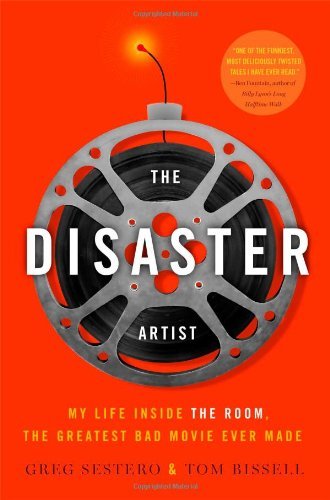 If you haven’t heard of it, The Room holds the dubious honor as one of, if not the worst, movie ever made. It’s bad on every level – acting, set, plot, script… And yet, over the years, it has taken on a cult following equal to the Rocky Horror Picture Show.

Those who make it through a viewing of The Room (we had to supplement it with a Rifftrax soundtrack to make it through) aren’t just stupefied by the sheer awful confusion of the movie. They are left with deeper questions. Who would make this car-wreck of a movie? Who would fund this? Who would appear in this, edit it and who would proudly show it to the world? In short, why in hell does this movie even exist?

Actor Greg Sestero tells of his fraught and strange friendship with the “actor” and mind behind The Room, Tommy Wiseau. Despite his decades long friendship, Sestero is still in the dark about many aspects of Wiseau’s life, motivation, source of income and even nationality. The two first met in an acting class and the relationship lasted many torturous years. Sestero offers up a poignant look at a deeply strange man living in his own reality. With few friends, endless amounts of money and a fanatical desire to make his mark as an actor, Wiseau drags a crew of actors and crew on a hilarous, miserable and crazy-making journey.

The Room has the dubious honor of having both a book about the making of the film, and a film about the making of the film (based on the book). It’s that bad. This literary tour-de-farce is so awful it must be watched for the emotionless lines, random pointless scenes, new characters that appear and disappear for no reason, and collection of framed spoon pictures. Then read The Disaster Artist to try and sort it all out. It helps, but only a bit.