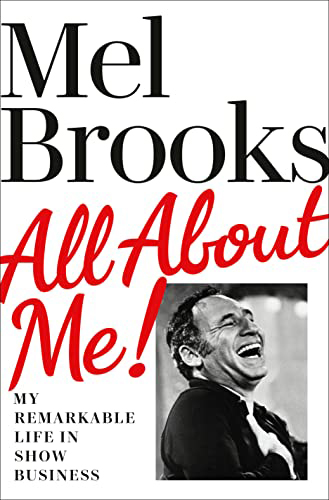 My Remarkable Life in Show Business

Mel Brooks has been an icon of comedy for 70+ years. From his early Borscht Belt days, through years as a tv comedy writer and into his movie career, Brooks has brought us some of the biggest laughs in show biz. His biography is just as funny. Very much like Harpo Marx, whose autobiography Harpo Speaks is another comedy legend must-read, Brooks grew up in a poor, but happy, New York  household. His fascination with the movies and Broadway started in his childhood and have never faded. Despite being a sizable book, the page is fast as Brooks ratchets from one fascinating job to the next. He met and worked with so many big names, often becoming close friends with them.  There are mentions not only of actors and writers he has worked with, but others like Cary Grant and John Wayne, whom he simply befriended. The tone of the book is relentlessly update – perhaps even a bit too much so. The bad stuff is glossed over to a degree that there is literally no mention of Brooks’ first marriage and divorce, only his children. Despite being known as, and lauded for, being a funny man, Brooks also has a serious side. His production studio BrooksFilms produced The Elephant Man and The Fly. Still going strong in his 90s, the autobiography is a must-read about a wonderful and thoroughly kind individual. Or at least, according to Mel Brooks  he is.