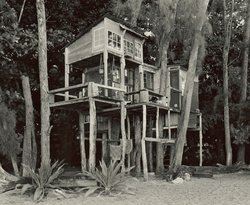 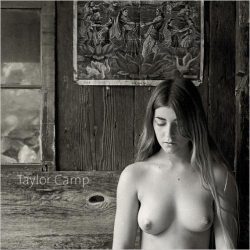 Taylor Camp’s hand-built tree houses gets some coverage in Tiny Homes, but it is the stories of the residents that are truly fascinating.  Started by a group of people tired of the Vietnam War and exhausted from the anti-war movement, the original founders of Taylor Camp are the truest type of hippies  – dropping out to tune in to nature. Taylor Camp, named for Elizabeth Taylor’s brother Howard who owned the land, became the home to a group of ever-shifting collection of people and families for seven years.  While some came   only briefly to camp and surf, other couples and families built multi-story treehouses out of found objects and scrap wood. The first half of the book is a collection of lovely black and white photos taken during the heyday of the camp.  The second half is a collection of  personal stories and interviews with the residents, neighbors and some local politicians. While most admit to problems – drugs, primarily – most if not all look back at the camp as a wonderful influence on their life. Most found it to be a peaceful Utopia…with people in it.  An intriguing, beautiful, sad and lovely collection.