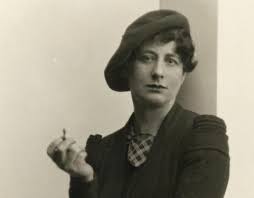 You can’t help but compare Marsh to Agatha Christie as a grande dame of murder.  After all, Marsh invites you to with the quote “It’s time to compare Christie to Marsh instead of the other way around.” – Dily Winn, New York Magazine printed on all of her books.


The two authors do have a great deal in common – tight, intricate plots, fascinating locales and wonderfully fleshed out characters that you can not only picture easily, but become quite fond of. Unlike Christie, Marsh’s thirty-three book run all feature Detective Inspector Alleyn and his partner Inspector Fox. (To be honest, I suspect many Christie fans would have preferred a few more titles with Poirot and Marple, and a few less with the ever-so twee Tommy and Tuppence).

Also, unlike Christine, Marsh has a puckish sense of humor, throwing in funny lines, playing with word-rhythm and inserting the occasional comedic scene of total disarray, worthy of Noises Off.

Calling on her work and experience in theater, many of Marsh’s books revolve around plays, actors, the journalists that cover them, plus many wealthy upper-class families. These were a world she new intimately and you can tell by the detail that goes into in her stories.

Marsh’s books are a true delight for any vintage mystery fan.

“But at that moment the dance band, which I had for some time contented itself with the emission of syncopated grunts and pants, suddenly flared up in an elaborate rumpus.” Ngaio Marsh – A Wreath for Rivera

“With a slightly accentuated jaw-line, Inspector Alleyn advanced to the footlights and gazed into the swimming darkness of the stalls. “Mr. Bathgate,” he said. Silence. “Mr. Bathgate,” lied Alleyn, “I can see you.” “You’re not looking in my direction at all,” declared an indignant voice.  Ngaio Marsh, Enter a Murderer